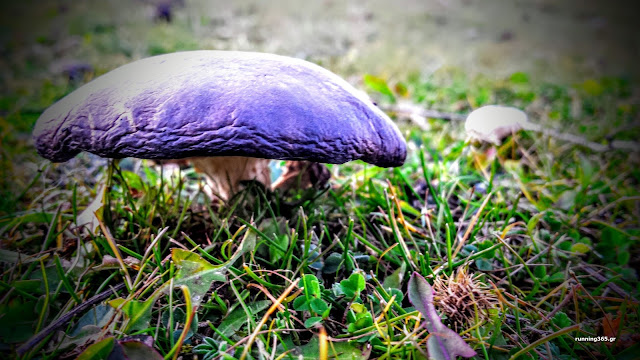 
02.12.2015 Wednesday
It's nice when the body and the organism "listen to" the changes taking place or just understand the different tastes of life being experienced. I've been lately watching, almost in a daily basis, my organism's way of reaction totally, either it has to do with nutritional changes or with changes over my daily habits.

Yesterday I slept late, I watched the magnificent but hard J.A.C.E. on the state TV channel; in combination with the awakenings by our younger son this day was more than hard. The 241st consecutive day of running was accomplished with heavy legs.

There was not only the fatigue but also the insomnia, the "burden" came from the subject of the movie, all day long at the back part of my head was the thought of the movie.It was the second time I had watched the movie, I think it oppressed me more now comparing with the first time.

While I was running during today's relaxed 30minute I was considering that what J.A.C.E. shows happens, happens every day. People are instincts, animals, not like animals, ordinary animals, let's not confuse things. Our difference from the rest of the animals is that some of us are socialized and some others hide well our hard unsociability or not. Examine here an example (from the latest news), which is the least of a bestial behaviour.

And then came as a thought Minas' Hatzisavvas' death. The glance but mainly his voice quality is the definition of the warm hug. Luckily, we'll be watching his acting and we'll be experiencing again the warmth he was giving off.

A channel for nourishing Personal Growth, Art and Spirituality